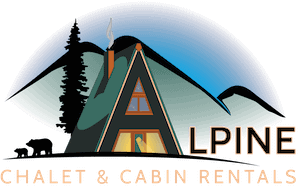 For sure, there are many things to see when you’re visiting Gatlinburg. While there are many shops in which you can buy souvenir items, there’s something else in town that you won’t find anywhere else. The ​Sweet Fanny Adams Theatre​ is a historical place that’s been recognized by the city and state, featuring talented performers in 3 shows that we’re going to explain are simply great ways to spend an evening.

1. The Biggest Little Show on Earth

Vaudeville is best described as early 20th century entertainment that combines comedy, song, and dance. It’s been seen as a style that has especially worked well in this venue in the 40 most recent years. Performers have come and gone, but one person — Chris MacPherson in this case — has kept the torch lit for his Sweet Fanny Adams Theatre’s founding parents. There are classic comedy performances in this current version that have kept audiences returning, proving some acts live forever.

This show will change names every year, and you can catch the craziness for 3 nights a week most of the year. Showtime is almost always 8 in the evening, so​ get your tickets to see a hilarious show on stage! If you loved the comedy involved with the previous show, then you’ll surely love what’s in store for this version. Lady Jane’s Nitwit Revue is another show put on by the same cast that’ll also leave you with tummy-shaking laughter. With some minor variations, this particular show is one filled with comedy, sketches, and songs that you’ll want to follow, or else you’ll be punished by being yanked onstage. Don’t worry though, they’ll make it up to you when it’s over. You’ll just have to see for yourself what that is!

This Sweet Fanny Adams Theatre show is mostly a twice a week showing, so get your tickets early to join in the laughter!

The third and final show at Sweet Fanny Adams Theatre you must see features a relative newcomer to this historic venue, ​Jessica Jane​. As fate would have it, Jane ended up with her own show in Gatlinburg after a vacation trip to the area, appearing as an unscheduled assistant on ​Terry Evanswood’s magic show​. She has also performed in large cities in front of millions of people on TV and in person before making her home here in the Smoky Mountains. You’ll see her wow you with her amazing stage presence and tricks that’ll blow your mind!

If you’re interested in seeing the uber-talented Jessica Jane, we recommend you grab your tickets early as well. She performs her premium shows only 3 or 4 times a month, so don’t let the chance at an appearance here disappear!

After a visit to the Sweet Fanny Adams Theatre in Gatlinburg, we believe you’ll agree that this is one of the best displays of entertainment in town. When you stay in one of our cabins at Alpine Chalet Rentals, you’ll be just a short drive away from all these shows. If you ​book your cabin soon, you’ll be assured of a wonderful stay full of endless entertainment and wonder!

Use this form to find things you need on this site